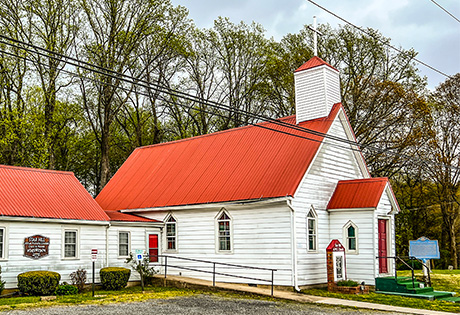 By the end of the 18th century this area was home to a large number of African Americans, many of them freed slaves. Their settlement was largely due to the efforts of local Quakers. A congregation of the African Methodist Episcopal Church was established here circa 1863. On June 12, 1866, the congregation purchased land from Henry W. Postles as the site for their church, which they named “Star of the East.” Members of the church are believed to have participated in the activities of the Underground Railroad, and the church’s name is attributed to the symbol of the star as a guide for escaping slaves.