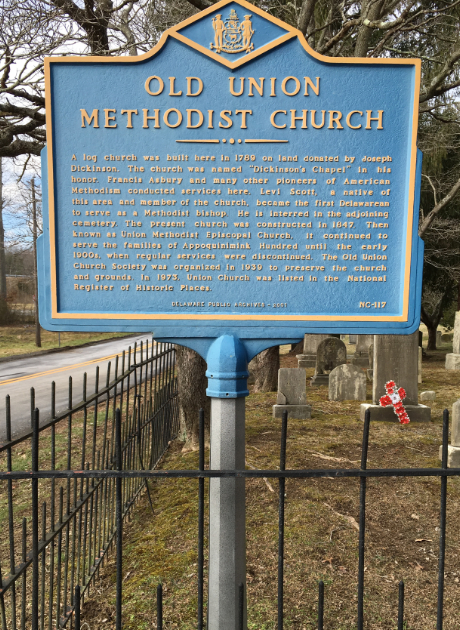 A log church was built here in 1789 on land donated by Joseph Dickinson. The church was named “Dickinson’s Chapel” in his honor. Francis Asbury and many other pioneers of American Methodism conducted services here. Levi Scott, a native of this area and member of the church, became the first Delawarean to serve as a Methodist bishop. He is interred in the adjoining cemetery. The present church was constructed in 1847. Then known as Union Methodist Episcopal Church, it continued to serve the families of Apppoquinimink Hundred until the early 1900s when regular services were discontinued. The Old Union Church Society was organized in 1939 to preserve the church and grounds. In 1973, Union Church was listed in the National Register of Historic Places.