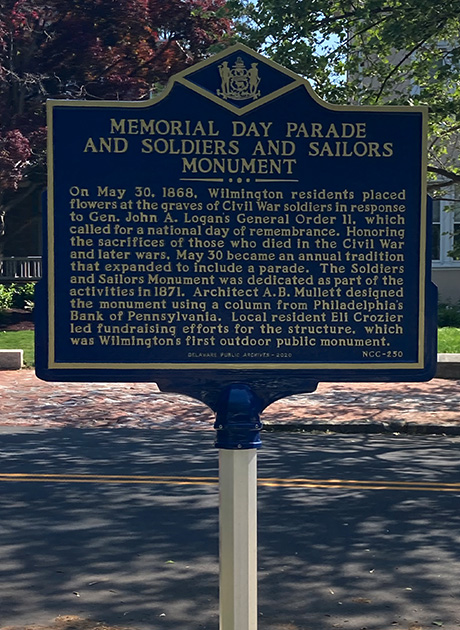 On May 30, 1868, Wilmington residents placed flowers at the graves of Civil War soldiers in response to Gen. John A. Logan’s General Order 11, which called for a national day of remembrance. Honoring the sacrifices of those who died in the Civil War and later wars, May 30 became an annual tradition that expanded to include a parade. The Soldiers and Sailors Monument was dedicated as part of the activities in 1871. Architect A.B. Mullett designed the monument using a column from Philadelphia’s Bank of Pennsylvania. Local resident Eli Crozier led fundraising efforts for the structure, which was Wilmington’s first outdoor public monument.