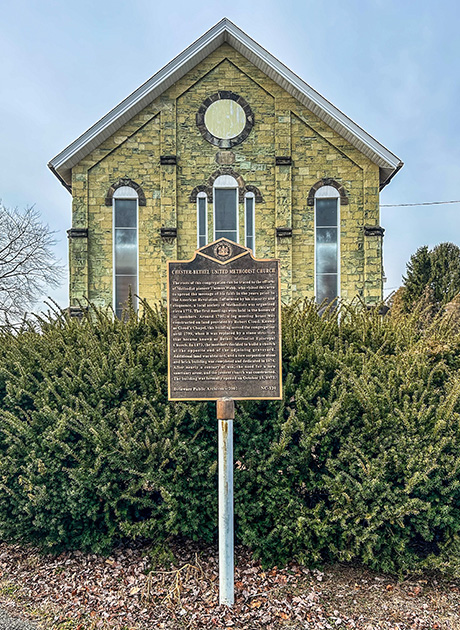 The roots of this congregation can be traced to the efforts of Methodist pioneer Thomas Webb, who visited this area to spread the message of his faith in the years prior to the American Revolution. Influenced by his sincerity and eloquence, a local society of Methodist was organized circa 1775. The first meetings were held in the homes of its members. Around 1780, a log meeting house was constructed on land provided by Robert Cloud. Known as Cloud’s Chapel, this building served the congregation until 1799, when it was replaced by a stone structure that became known as Bethel Methodist Episcopal Church. In 1873, the members decided to build a church at the opposite end of the adjoining graveyard. Additional land was obtained, and a new serpentine stone and brick building was completed and dedicated in 1874. After nearly a century of use, the need for a new sanctuary arose, and the present church was constructed. The building was formally opened on October 15, 1972.