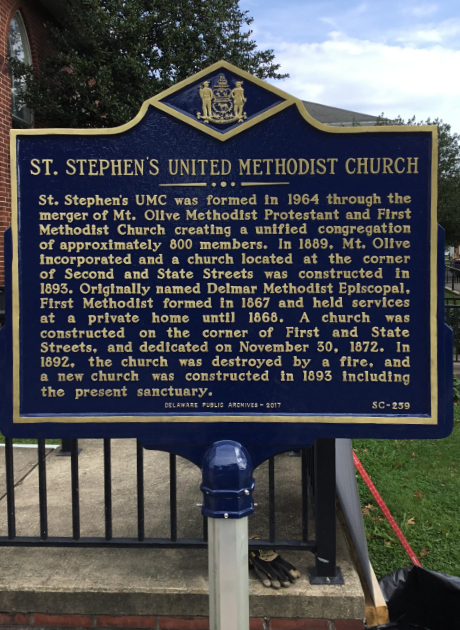 St. Stephen’s UMC was formed in 1964 through the merger of Mt. Olive Methodist Protestant and First Methodist Church creating a unified congregation of approximately 800 members. In 1889, Mt. Olive incorporated and a church located at the corner of Second and State Streets was constructed in 1893. Originally named Delmar Methodist Episcopal, First Methodist formed in 1867 and held services at a private home until 1868. A church was constructed on the corner of First and State Streets, and dedicated on November 30, 1872. In 1892, the church was destroyed by a fire, and a new church was constructed in 1893 including the present sanctuary.