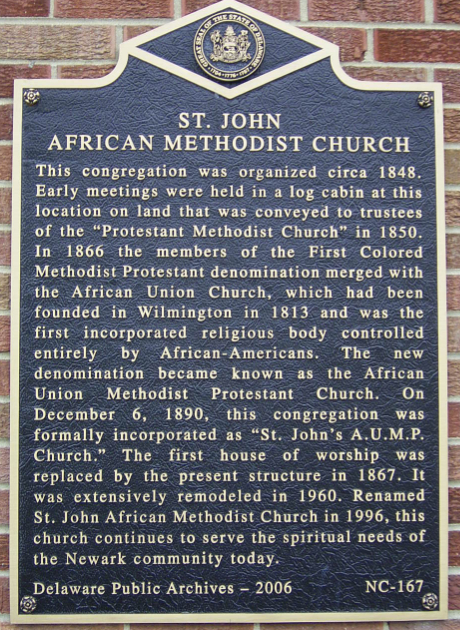 This congregation was organized circa 1848. Early meetings were held in a log cabin at this location on land that was conveyed to trustees of the “Protestant Methodist Church” in 1850. In 1866 the members of the First Colored Methodist Protestant denomination merged with the African Union Church, which had been founded in Wilmington in 1813 and was the first incorporated religious body controlled entirely by African-Americans. The new denomination became known as the African Union Methodist Protestant Church. On December 6, 1890, this congregation was formally incorporated as “St. John’s A.U.M.P. Church.” The first house of worship was replaced by the present structure in 1867. It was extensively remodeled in 1960. Renamed St. John African Methodist Church in 1996, this church continues to serve the spiritual needs of the Newark community today.