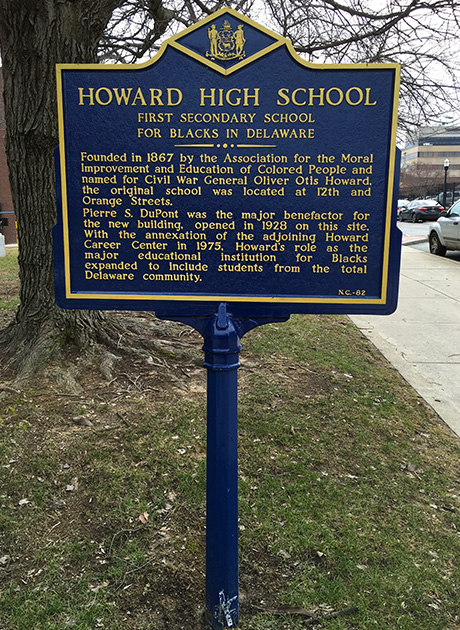 Founded in 1867 by the Association for the Moral Improvement and Education of Colored People and named for Civil War General Oliver Otis Howard, the original school was located at 12th and Orange Streets.
Pierre S. DuPont was the major benefactor for the new building, opened in 1928 on this site. With the annexation of the adjoining Howard Career Center in 1975, Howard’s role as the major educational institution for Blacks expanded to include students from the total Delaware community.