The document that makes Delaware “The First State”

After the delegates to the Constitutional Convention in Philadelphia completed their work on the new United States Constitution, it was presented to each of the states for ratification (approval).  Delaware’s legislature directed that ten delegates from each county be selected at a special election held on November 26, 1787, and that these delegates meet the following week in a ratification convention.  Because the State House was not yet constructed, the convention’s sessions were held in Battell’s Tavern, located on the north side of the Dover Green.  The thirty delegates quickly and unanimously approved the new constitution. The convention clerk hand-scripted their approval on a large piece of parchment, now called the Ratification Document, and the delegates signed it on Friday, December 7, 1787.  The clerk made a duplicate copy, including signatures, and sent it to the national government.  This action on December 7th made Delaware the First State to officially approve the new United States Constitution. 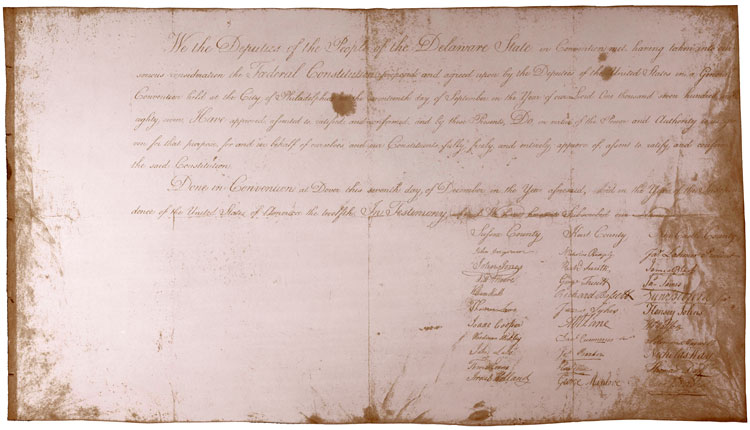 Back to The Document Collections