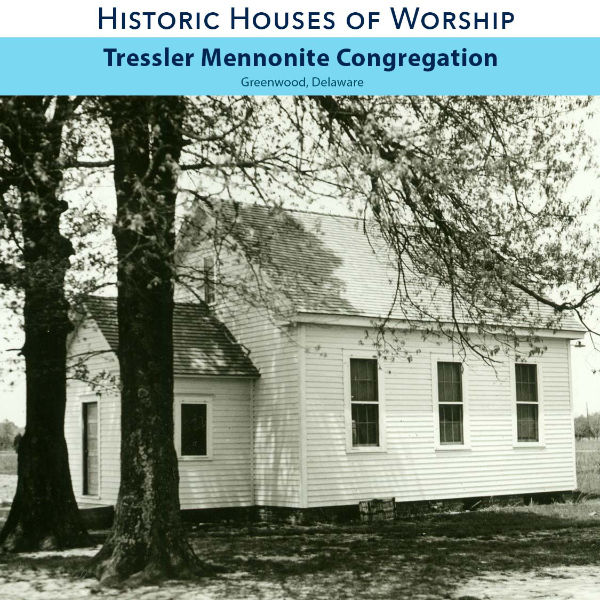 “Tressler Mennonite Congregation holds its meetings at Owens, four miles east of Greenwood, in a former district school-house. This Congregation was organized in April, 1935. In the meantime Wm. Tressler of Greenwood had purchased the old school at Owens. Mr. Tressler died in December, 1934 and when the Congregation was organized, his heirs presented the building to the Congregation who have renovated the building and adapted it for their uses. The basic discipline of the Mennonites and the Amish is essentially the same, the chief difference being in reference to dress and worldly affairs. This Congregation is less strict in this regard than the Amish-Mennonites on the Shawnee Road. They send their children to the public schools.” (1)