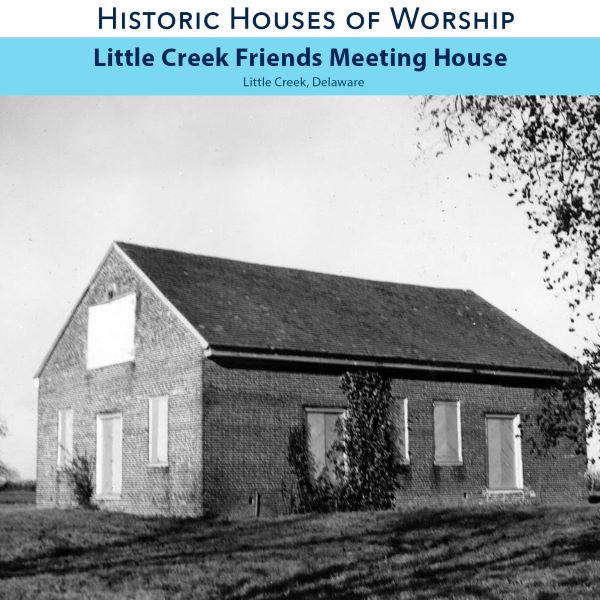 “Little Creek Friend’s Meeting-House. On Sept. 12, 1771, Eleazer Badger deeded land to Samuel Hanson and Henry Cowgill, trustees, upon which a meeting-house was erected. Previous to this time the Friends in this neighborhood had attended Duck Creek Meeting. More land was purchased on June 15, 1785, from Wm. Gray. On May 6, 1802, Jabez Jenkins sold 157 sq. perches of land to Daniel Clayton, Jonathan Cowgill and Samuel Price, trustees of the Meeting, upon which a new meeting-house was built of brick and the original meeting-house was abandoned. This site was then used exclusively for a burying ground. It is located four miles east of Dover. The new meeting-house was used until 1865 after which services were held only occasionally. In October, 1887, the meeting-house was sold and it is still doing yeoman service as a storage-house for farm products. The old well-kept burying-ground, sur-rounded by a stone wall, is still used for interments. The oldest legible tomb-stone that the writer could find is near the entrance, over the grave of Coe Gordon who died in 1787.” (1)