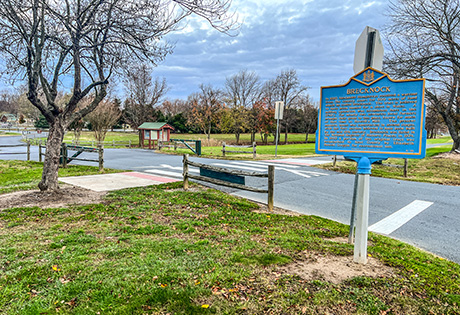 In 1680 Alexander Humphreys received a warrant from the county court for 600 acres of land which he called Brecknock. The tract is believed to have been named for a shire of Wales. A milling operation was established here in the 1740’s. For nearly two centuries local farmers brought their grain to this place, known for much of that time as Howell’s Mill. The present mansion house was constructed in several stages, with the first section believed to have been built by the mid 18th century. Brecknock was listed in the National Register of Historic Places in 1974. In 1993 a portion of the original tract was bequeathed to Kent County by Elizabeth Howell Goggin for recreational use.