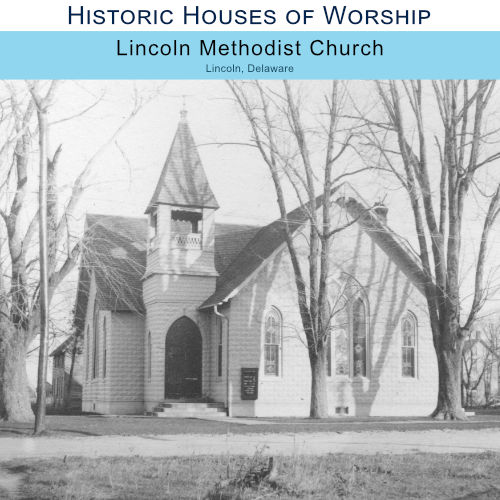 “Lincoln Methodist Church (M.E.). In common with the Methodists in many communities the members at Lincoln held their early meetings in private homes. Later, a newly-built hall was rented for Sunday School services with occasional preaching. They were incorporated on Mar. 7, 1867. On May 7, 1867, Abel S. Small donated a church site on the cor. of 2nd and Baltimore.