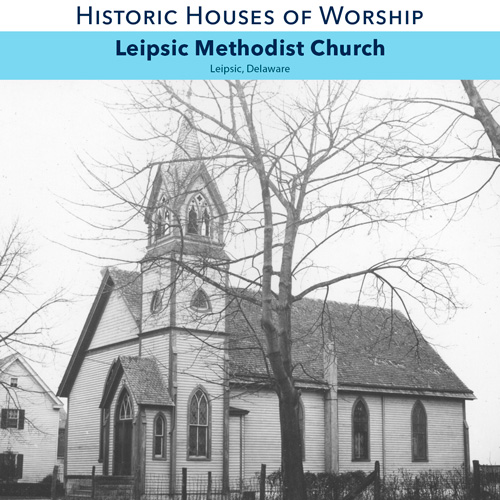 “Leipsic Methodist Church (M.E.), located at the western edge of the town, is believed to have been built in 1837. This church was used until 1892. The old building was sold and is in use today as a storage building only a short distance away. The old graveyard is still there although neglected. The oldest tombstone being dated 1800, indicates that the little graveyard was there at the beginning of the century whether or not the church had been built at that time. On the tombstone of John S. Paris who died in 1856, at the age of 18 years, is the following inscription:

“Passerby as you are now so once was I As I am now so you must be Prepare for death and follow me.”

A number of years ago a rather sacrilegious wag from Smyrna created a scandal by adding in blue pencil the following: