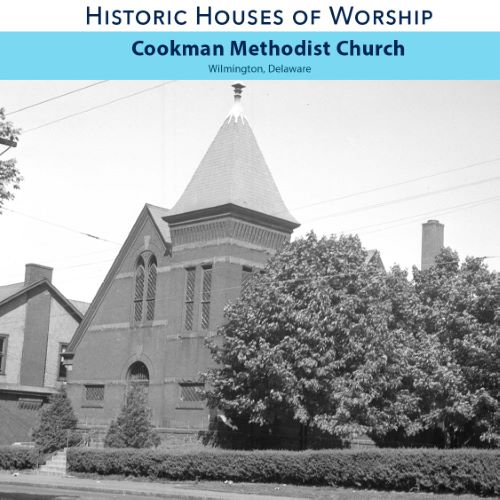 “Cookman M. E. Church was organized in 1888 and named for the Rev. Alfred Cookman. On July 4, 1888, the first floor of 1307 Scott St. was rented, the second floor being occupied by a fife and drum corps. The Rev. W. W. Taylor proceeded to prepare the room for services. The first meeting was held on the afternoon of July 29, 1888. Preaching was held immediately after the Sunday School meetings. On Aug. 26, a Sunday School Board was elected. The name “Cookman” was adopted on Aug. 30. On Sept. 1, Cookman was received as one of Asbury’s Sunday Schools. The Rev. W. W. Taylor died on Dec. 1 and the monument over his grave is inscribed “The founder of Cook-man M. E. Church.” When the members assembled on Dec. 31, for watch-night services, they found the fife and drum corps going “full tilt” on the second floor. The members were in a quandary but their problem was solved when the music subsided at five minutes of twelve.