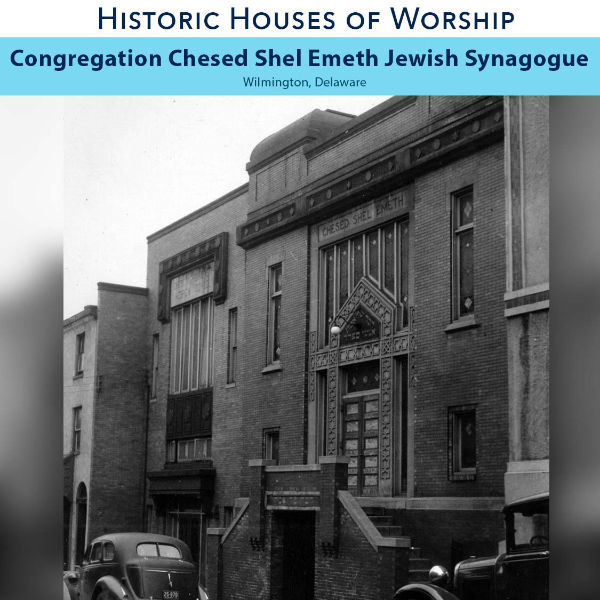 The corner-stone of the present Moorish style Synagogue was laid on June 21, 1914. Among those taking part in the ceremonies were Rabbis H. Zubritsky, Dr. H. Masliansky, Hyman Resitz and Mayor Harrison W. Howell. The dedication services were held on Feb. 21, 1915, at 2 P. M. The congregation assembled at 6th and French Sts. After removing the Scrolls from the Ark they marched to the new Synagogue. As is their custom they sold the privileges such as unveiling the corner-stone, unveiling the memorial windows and lighting the everlasting light, to the highest bidders. Rabbi Hyman Resitz offered the prayer, Rabbi D. A. Leventhal delivered the principal address and Rabbi H. Zubritsky chanted the hymns of dedication. The erection of a school annex was started in 1925. The corner-stone was laid on Sept. 6, 1925, with Rabbi Joseph Kroll in charge. He was assisted by Rabbi B. L. Leventhal. The corner-stone was laid by Mr. and Mrs. Max Cohen, assisted by Benjamin Slutsky and Mrs. Max Green.” (1)