Born near this place on a plantation known as “Cedar Town”, Jones moved to Philadelphia in 1762 and in 1784 purchased his freedom. He helped to establish the Free African Society in 1787. A leader of the independent African-American church movement, in 1792 he organized St. Thomas’ African Episcopal Church (Philadelphia) and in 1804 became the first African-American to be ordained an Episcopal Priest. He fervently opposed slavery and other forms of social injustice. 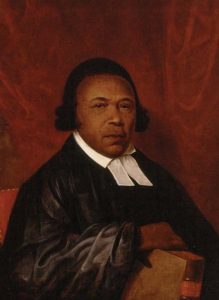 South Side of Route 36 approximately 1/8 mile west of the intersection of Routes 36 and 1 in Milford, DE